For starters we can all take comfort in knowing what a trooper and a great sport my seventy-four year old mother is. I always say I live the life of Lucy and she is clearly where I get my Lucy-ish lifestyle from.
Several hours before this photo was taken in San Diego, California, we waited at the curb-side luggage check outside in the pre-dawn hours at the airport in Knoxville, TN. where my mother, my daughter, and myself, were also waiting for my husband to park the car.

I suppose the three of us were hanging out checking our phones when I heard a yelp from my mother and my name called out by her somehow at the same time. When I turned my head to look her way, my mother’s pants were around her ankles and she was bending over with her bottom facing toward, not away from, but toward the groups of people being dropped off and exiting cars. Keep in mind, had she been facing the other direction she would’ve only shown myself and my daughter her bottom but no, not her lucky day apparently.
The backstory to this particular pair of pants is that they were my pants. She had spent the night with me the night before flying due to our early flight and was still wearing what she had worked in, and had forgotten the pants she had planned to fly in. I told her how comfortable she would be in these pants and loaned them to her.
When I ran over to help grab my mother’s pants off the ground and pulled them up, something wasn’t quite right. Not only were the three of us laughing with tears streaming down our faces because of the situation thus far, I had to tell her that she had the pants on backwards. The front/side pockets were in the back, and the back pockets were in the front, which also contributed to them not fitting properly in the back to begin with.
At this point we were left with no other option than to tie her sweater around her waist tightly to use as a belt of sorts. That, and lie down on the sidewalk and laugh until I cried of course. My teenage daughter was laughing but she couldn’t even look at us. My mother had tears streaming down her face and couldn’t even speak from laughing. Fortunately, my husband missed the entire episode!
Eventually we were able to get our luggage checked and get her inside to the restroom and at least turn the pants around. All she could say when she was finally able to speak again was, “They felt like they fit fine.”
Enjoy, Barrelassers’

Yesterday, we found ourselves barrelassin’ around the San Diego Zoo, in San Diego, California. My oh my, what a beautiful and massive zoo!
We spent about nine hours at the zoo and I guarantee you we could have spent more time if we could have located more energy within ourselves. Thankfully they have the super convenient Kangaroo hop on hop off bus, and the Skyfari to help get you around.
Here’s just a sneak peak at some of what we saw!
Enjoy, Barrelassers 😉 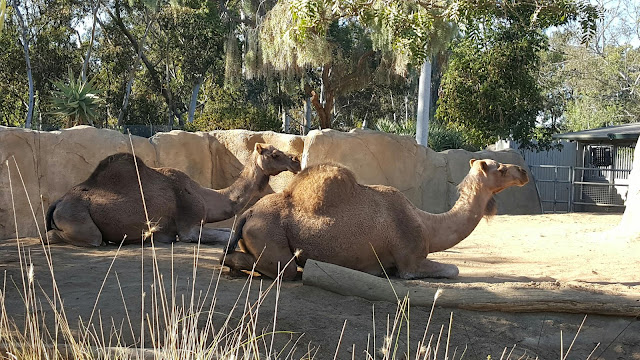 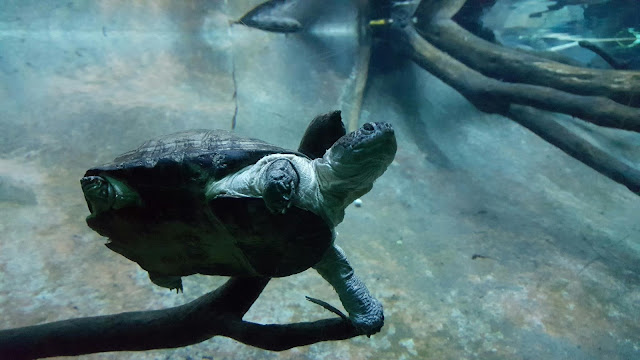 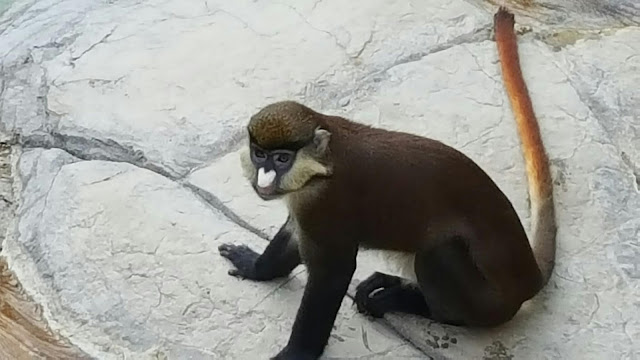 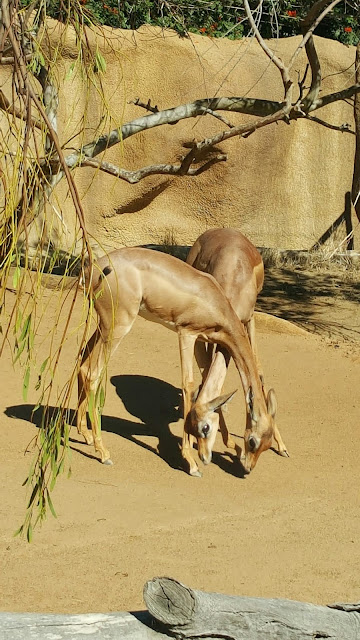 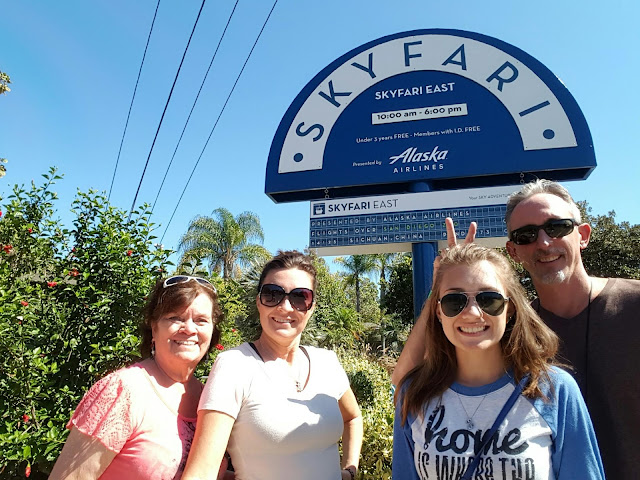 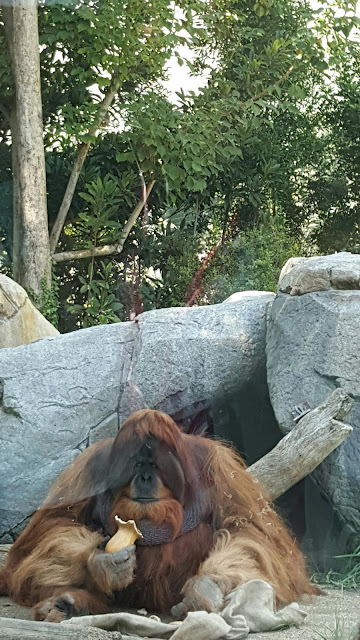 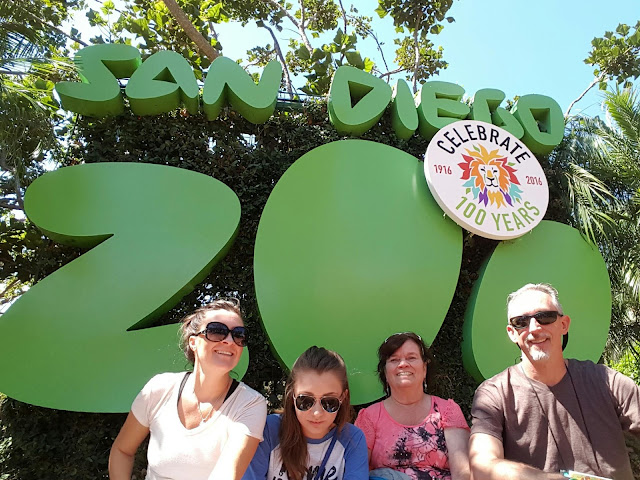 We recently traveled to Los Angeles, CA. for my barrelassin’ daughter’s seventeenth birthday. That’s a long way from Tennessee, especially when two out of five people in your group leave behind anything resembling a bathing suit for beach day. We make a fantastic mother daughter duo!

Naturally, we had to go shopping for swimsuits. Swimsuits that we could only use to sit in sand and take silly photos with because the water was a little too cold for our liking. It could have been worse, though. We could have had to purchase a blanket on the pier because we left our beach towels behind as well, along with our favorite sunhats. Oh, wait, We did that, too!

Did we have enough sense to buy a beach umbrella to lay under and relax while we gazed at the ocean? Of course we did! We spent twenty five beach minutes picking out that twenty five dollar umbrella. We opened that thing up like we knew exactly what we were doing and stuck it in the sand.That was mere seconds before a large gust of wind came along and sent me running to catch it as it turned itself inside out and nearly pulled me off the ground. This was not what I had in mind when I said I wanted to go parasailing, but whatever works I guess. That was officially the only use we got out of the umbrella before we packed it neatly back into its packaging. We bought two sunhats to go with our beach blanket and umbrella and couldn’t use those either for more than two minutes. Those blew off of our heads every single time we put them on. Whatever, that’s plenty of time to take a few pictures.

During this trip, I found myself in need of a very specific bra to wear with a specific dress, so I bought it. Unfortunately, during the purchasing process. the sales associate had to go price check another item and in turn, I bought the bra with the deactivated theft proof plastic thing a ma jiggy still on it and spent days trying to pry it off to no avail. I tried every MacGyver trick that I could think of and I had simply had enough. I was wearing that dress come hell or high water, so I pranced myself right down to guest services at our hotel and requested maintenance and tools to settle this problem once and for all. And by “settle this problem” I mean that maintenance accompanied me back to our room where we all stood  around slightly embarrassed watching a maintenance man remove that thing a ma jiggy, setting the imprisoned bra free from it’s tiny handcuffs. I’ve called maintenance a lot of times over the years but, that’s definitely the first time I’ve ever had to call them to come and fix my bra.

If you think it can’t get any worse… hang in there. I flew from California to Atlanta and went swiftly into another hotel room to rest my weary head a bit before the drive home the next morning, only to wake the next morning with missing luggage. I was baffled. All five of us recalled it coming off the hotel shuttle and even off the elevator. So where was it? Luggage thieves in the night? Not likely. A quick call to the front desk and they got right on it. They soon called me back to let me know I had left my luggage outside of my room in the hallway all night long and security had rescued it and it was currently residing downstairs in luggage prison.

So next up, me and Barrelassin’ Momma and the barrelassin’ kids are headed to California for my daughter’s seventeenth birthday celebration. This obviously requires lots of planning and cooperation from everyone involved. Less than forty- eight hours until we leave and this is where I nearly derailed. Because no matter how old I get, I’m not setting Fancy free. (Maybe tomorrow, though.)

While trying to wash and pack everything I would need for such a trip I wondered if I still had a set of unused false eyelashes somewhere. I think I looked around for mere seconds before I noticed my faux leather pants hanging on the rack in front of me. Oh yes! I almost forgot! I’ve been meaning to try those on and see if they still fit me since the last time I wore them just over a year ago on my fortieth birthday.

Great news! They totally fit. But, I still needed to see how my butt looked in them before committing to them and adding them to my many, many, other piles of clothes that I swore I was not taking this time. I do this each and every time. I say, next time… I’m not taking many outfits on my next trip and lugging it all around. The last trip I actually had to go and buy a duffle/duffel bag (super don’t care for the correct spelling of this word anymore. Apparently I can spell it either way in the last decade.) on wheels to get my shoes home because I shopped while away and had no more room for them.

Anyhoo…I wandered toward the bathroom mirror because I’ve recently decided the one in my bedroom is nothing but a skinny mirror and is a liar. My butt looks nothing like it does in that particular mirror. At least not in any other mirror here-maybe they’re both wrong. So I’m on my way to the bathroom and then…SQUIRREL! Not unlike the many squirrels I’ve chased just telling this story, I stopped and finished loading the dishwasher, made a phone call, answered some Facebook stuff, took the sheets from the dryer and took them to my room. I then put clothes in the dryer, brushed my hair because I had just added my faux color to it before I ever thought about my “faux” eyelashes, which is probably what me think of those in the first place come to think of it. I cleaned out a purse I haven’t carried in a while, found my lip shine and just had to see how that looked and then had to pee. It was THEN that I finally made it to the bathroom and remembered that I had started that way a long time ago to look at my real butt in my faux leather pants. I had been all over the house doing one thing and then the next wearing those things, and I still have no EYE-dea about those dang eyelashes.

So here we are- I, along with my two besties, barrelassin’ Amy and barrelassin’ April are turning forty very soon. Amy in November, myself in January and April in February, and we’re planning a big celebration together in January! I recently made the decision to stop stressing over the number and embrace it; find a way to look forward to it for my own sanity.

I’ve been lucky enough to do many things I’ve enjoyed throughout my life, but there’s a lot I haven’t done, and I’m tricking forty. Forty is now working for me! I’m not simply making a bucket list. I’m challenging myself to a bucket list; a bucket list of things to accomplish in my first year of forty. Perhaps I’m not very realistic with the items on my list, but they’re certainly not going to happen if I just give up, settle, or simply accept that I will never do these things. I want to make a real effort before it’s too late. I would like to avoid looking back later in life with regrets that I cannot do anything about. I hope to accomplish certain things while I’m still young enough to enjoy them. And to get myself warmed up for the challenge, I’m starting now by working on myself a little, to make sure I look great the day of my party! That will be my  pre- forty warm up. Then on to the list.

I am using forty to my advantage from here on out…I hope. So here’s hoping, against all hope, that I don’t lose hope.

At forty I will…