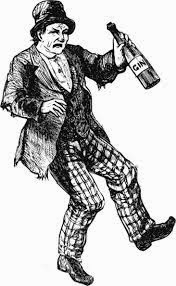 Congress shall make no law respecting an establishment of religion, or prohibiting the free exercise thereof; or abridging the freedom of speech, or of the press; or the right of the people peaceably to assemble, and to petition the Government for a redress of grievances.

Well, well, well. It would be all too easy if this settled things for Phil Robertson once and for all, but it won’t. And here’s why. Although this is the First Amendment and every American’s right, it’s mostly only used by us when it’s convenient to our own unique situations. Other than that, nobody really wants to hear what anyone really believes if it’s different than what they believe. And pretty much it boils down to this: say whatever you want to, everyone will get mad, and the press can tell us all about it.
This is how it goes:
Person 1: I don’t like the color blue.
Person 2: How dare you. You should’ve never said that. Blue is a beautiful color.
Person 1: You can’t say that to me, because I can say whatever I want to; it’s my right.
Person 2:  Well, then, you can’t tell me that I can’t say that to you, because it is my right to disagree with you.
And so on and so on…
I’m pretty sure you’re only protected in the court of law, because in the real world, you could get your ass kicked for saying what you think. So with all of the fuss over Phil Robertson’s statement in GQ magazine, let me update you in case you were on vacation to the moon yesterday-
Phil Robertson says:
“Everything is blurred on what’s right and what’s wrong… Sin becomes fine. Start with homosexual behavior and just morph out from there. Bestiality, sleeping around with this woman and that woman and that woman and those men, It seems like, to me, a vagina—as a man—would be more desirable than a man’s anus. That’s just me. I’m just thinking: There’s more there! She’s got more to offer. I mean, come on, dudes! You know what I’m saying? But hey, sin: It’s not logical, my man. It’s just not logical.”
He then quotes the Bible by saying “Don’t be deceived. Neither the adulterers, the idolaters, the male prostitutes, the homosexual offenders, the greedy, the drunkards, the slanderers, the swindlers” —
This is where I start having reservations about the media. Everyone is up in arms over gay rights and the freedom of speech right now. Gay is really none of my business. I couldn’t care less who loves who or who is sleeping with whom. In fact, it is my policy not to judge sex that doesn’t directly affect me. I have gay friends, and I can’t imagine not liking them for who they are sleeping with. If I judged all of my straight friends for some of the people they have slept with or are currently sleeping with, I’m fairly certain I wouldn’t have very many friends.
But what about the greedy drunkards who slander people’s names and swindle one another? And I could be wrong, but I’m pretty sure greed, slander, swindling, and drunk, are all associated in one way or another. Greedy people are stingy with their alcohol. Drunken people usually end up slandering someone at some point during each good drunk they pull. Swindling leads to guilt and alcoholism. And by the way, if we have freedom of speech, how can we be prosecuted for slander? Just something to think about. I have yet to see anyone stick up for them, though.  Where are all the people fighting for their rights? Perhaps they were drunk and won’t know until they wake up this afternoon what has been said about them.
I would imagine somewhere in America, someone threw their beer bottle at the TV and cussed out loud, “you don’t know what I’ve been through, you don’t know me!”
And just for the record, before I start getting hate mail, I’d just like to say, I have no problems with the color Blue.
Enjoy, Barrelassers 🙂
Barrelass respoinsibly!

My spirit animal is a shoe...what can I say? I have "Real Housewives" dreams but the life of "Lucy". My momma always says that I have Champagne taste and a beer pocketbook. In other words, I have a grand time on a little budget but I'm happy to make it work because I like both of those beverages and I'm a positive person. Some would call this a "lifestyle blog", I just call it Barrelassin'. I'm all over the place so keep up if you can (want) to. Everyone is welcome on this ride of mine but dream-killers will be pushed out of the car. I love Rock 'n' Roll, live music/concerts, traveling, and tripping up the stairs then telling you about it. I love my mom, Van Halen, Bethenny Frankel, big hair when I can afford it and $2 eyelashes. All of which I also love telling you about. I'm throwing my family in there, too, but my grown children are currently trying to force a dog on me so I didn't list them first. Enjoy, Barrelassers! View all posts by barrelassin