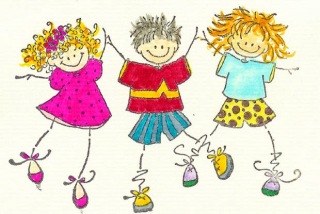 Finally got around to watching ‘Bethenny’ on DVR today. I love that Jenni Pulos has a rap about poo, but that was just one of the many things the show brought to the forefront of my mind today. Watching, it seemed like I had an opinion on just about EVERYTHING!

First, go, Bethenny for calling out the doctor making comments on your usage of Botox. I don’t feel like Botox is something I could do, but that doesn’t mean I never will. Of course I will need to make a lot more money to afford such luxuries, but I’m currently on the fence about the Botox usage, so it’s okay that I’m too poor to try it out.

Next- I apparently missed the recent story in the news about the family having the police called to Applebee’s because they had rowdy children. Get the hell over it. I have seen some mean ass, rotten children, and I have been annoyed by them at times, but when I see this, I  mostly feel sorry for the parents. No doubt because I’ve been there, done that! I understand what the majority of those parents are feeling. Utter humiliation! And everyone doesn’t give birth to perfect and laid back children. There are a lot of different factors that make up a rowdy child, and most of the time, it’s not bad parenting. I can’t give you scientific numbers, but my expertise is in rotten-ass children. Three of them to be exact.

I know when my first son was two years old I thought I’d never make it out alive. Taking off through the stores, going wild, me chasing after him, crying and screaming at the top of his lungs if I made him stay in the buggy- you name it. And to be perfectly honest, I was terrified. I was humiliated, but had no idea how I was expected to react. I knew I was going to try to catch him and try to calm him, but I was also concerned about the public around me and what the hell they must be thinking. I assumed if I swatted his bottom, someone would either accuse me of abuse or at the very least make evil comments to me. When, in hindsight, most people were probably wondering why in the hell I didn’t beat his ass or at least be more stern when scolding him.

I remember thinking when someone told me there was no such thing as the terrible twos and it would get worse when he was three, this was where I knew better, because it couldn’t possibly get any worse. Boy was I ever wrong! It seemed like he reached terrible twos x ten the very day he turned three.

The second son came along and when he was two, that gave me a four year old and a two year old to chase. And the second one was way more high-strung! He was literally “Code Adam” and “Code Red” in two different stores in the same week. If you’re not familiar with the codes- those are codes for a lost child and they put the entire store on lock down, with an employee at every exit so that no one can exit the store with the child. I feel the need to mention that he was found under a clothes rack in one instance and in the second…well, let’s just say I was more than a little embarrassed when I turned a corner frantically searching for my son and saw him laughing hysterically and running, darting in and out of clothes racks, from side to side…with store employees chasing behind him. He was a fast little booger. No. That wasn’t exhausting or humiliating. No. Not at all. And let’s not forget, I still had the shopping to do after these dreadful workouts.

The fact was that I simply could not chase two children at one time if they were going in different directions. I had to make a choice every ten seconds and usually  tried to grab whoever was closest or in the most danger of getting taken by a stranger- but at the same time, their antics pretty much made them kidnapper proof since kidnappers don’t want children who aren’t afraid of anything and would have no problem kicking them in the balls just for fun. It wasn’t quite over, either. That same week, my same loving, adorable two year old who had coded two stores that week, also ate Mothballs and had to sit at the local Fire Department for a while throwing up in a pan. Before you judge me- I didn’t leave the Mothballs where my children could easily reach them. No, I did worse. When he discovered a Mothball under a couch cushion that I had overlooked after having the furniture stored while in the process of moving and actually brought it to me and showed it to me saying,” Look, Mommy, I have a Dinosaur Egg ” I nodded my head sweetly to him responding with, “yes, very cool, sweetie!” as I talked to a visitor knowing that he did, in fact, have Dinosaur Egg candy. It wasn’t until he walked back over to us moments later with pieces of it broken up and running down his chin in his drool with a disgusted look on his face, that I could smell it and instantly knew what had happened. Visit over! The Fire Department was very close by, thank GOD! This same child that week- and when I say “that week” I mean in five days time- also took a trip to the Emergency Room to get five staples in the back of his head after taking advantage of the fact that I had stepped outside to hold the flashlight for their father who was working on the car and decided to try and turn a flip on on the clothes rod in the closet and fell and hit his head on the corner of a box. That was a really rough week, but he’s seventeen now and has shown no signs of slowing down. The difference is- I’ve grown accustomed to it and I’m much calmer when he injures himself, because I always expect it.

The point is- it truly does take a village to raise one child, so the next time you see a woman with spit up or already chewed up food on her clothes, leaving her purse in the buggy in order to chase her rotten ass kids in different directions…give her the sympathy smile and nod to let her know she’s not a horrible mother and it would be perfectly acceptable to sit down in the floor and cry if she needs to. And pray for their safe return home and that she is able to at least get hamburger meat and Macaroni in the buggy before giving up and going home.

By the way- by the time my third child came along, a beautiful daughter, I no longer gave two shits what other people in the store were thinking. I didn’t care if I looked like a crazy woman. I had to catch those damn kids no matter what other people thought and I loved their rotten asses.

My spirit animal is a shoe...what can I say? I have "Real Housewives" dreams but the life of "Lucy". My momma always says that I have Champagne taste and a beer pocketbook. In other words, I have a grand time on a little budget but I'm happy to make it work because I like both of those beverages and I'm a positive person. Some would call this a "lifestyle blog", I just call it Barrelassin'. I'm all over the place so keep up if you can (want) to. Everyone is welcome on this ride of mine but dream-killers will be pushed out of the car. I love Rock 'n' Roll, live music/concerts, traveling, and tripping up the stairs then telling you about it. I love my mom, Van Halen, Bethenny Frankel, big hair when I can afford it and $2 eyelashes. All of which I also love telling you about. I'm throwing my family in there, too, but my grown children are currently trying to force a dog on me so I didn't list them first. Enjoy, Barrelassers! View all posts by barrelassin